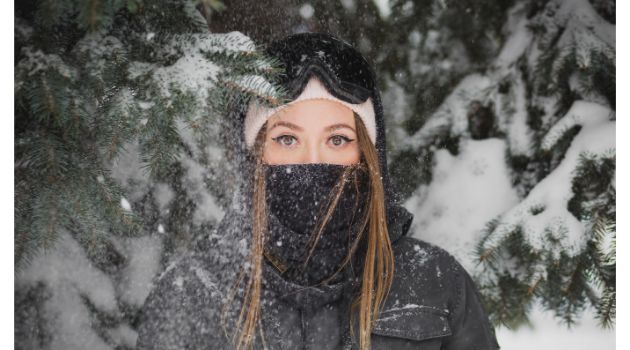 When the temperatures drop and it gets cold and chilly, warming herbs are a great way to keep their immune system healthy.

Warming herbs can help keep the body’s chi energy strong and dispel dampness.
In Ayurvedic medicine, our metabolism needs to work harder in winter to fuel the inner digestive fire. Warming foods and spices help the body have a well- balanced energy system.
In Chinese medicine, the warming herbs and foods provide more yang energy, which activates and keeps the chi energy flowing.

Many of these herbs and spices have compounds that raise our body’s core temperature in a process known as thermogenesis, which converts calories into fuel and heat.
So not only are you warming up your body by increasing your core temperature, your metabolism is also speeding up which can aid in weight loss.

As your core temperature increases, you experience other benefits as well.  The herbs and spices mentioned above can also improve digestion, boost blood circulation, flush the skin with healthy blood and remove excess fluids.

As you plan and prepare your meals in frigid weather, include herbs and spices in sauces, soups and stews.
Saute onion with ginger root (either fresh or ground), chopped garlic and ground cumin. Add a pinch or two of cayenne pepper after liquid has been added and the soup, stew or sauce is simmering.
How much you add of the other ingredients depends on the recipe and how much you like the particular herb.

Types of Herbs and How Much to Use

Ginger is usually use in lesser amounts as it is a strong herb, so a ½ tsp to 1 tsp.  is often the choice.  Use more if the recipe calls for it or you like the herb. Ginger is a strong warming herb that is good for the digestive system.  It is not required in Mexican foods but is practically a staple of Asian foods.

Garlic is another strong warming herb, so most people use one or two cloves in meals.  Garlic has strong anti-oxidant properties so use more to boost the immune system.

Cumin is another good herb that has a nice, warming flavour. It is milder than ginger or garlic so larger amounts can be used.  If ground cumin is used, then add a tablespoon to food. Use 1 ¼ tablespoons if you are using seeds.
Cumin harmonizes nicely with garlic and ginger so it is used widely in Asian meal but is also very popular in Mexican foods as well as Northern Africa and Chile.

Black pepper is widely used in many foods around the world. Black pepper is known as the king of spices and contains the active compound piperine. This compound aids in digestion and has strong anti-oxidant capabilities.
It helps the body absorb nutrients and may boost the absorption of curcumin, the active ingredient in the spice turmeric.

Cinnamon is an anti-oxidant, anti-bacterial and anti-inflammatory.
Cinnamon is generally used in baked goods and added to beverages like hot chocolate or coffee but do people cook with it?
You may be surprised to know that cinnamon is often an ingredient in spaghetti sauce. It is a savory spice frequently used extensively in the cuisines of Asia, the Middle East, and North Africa.

Horseradish is a root vegetable known for its pungent odor and spicy flavor. Its compounds may provide a variety of health benefits, such as fighting cancer, infections, and respiratory issues. Horseradish is most often consumed as a condiment. Did you know it gives Bloody Mary’s and cocktail sauce their kick?
Horseradish sauce is another way to incorporate the herb into your diet.

Learn more about herbs and how to use them. Download the free report on the Top 6 Herbs 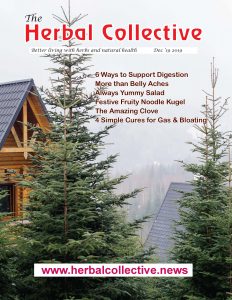